My observations and notes to the 10th International Scratch conference, Bordeaux 2017

Last week I attended the Scratch2017-Conference in Bordeaux. It was the second time I had the chance to meet the Scratch-community (after the Scratch2015-Conference in Amsterdam). I hoped, of course, that it would be just as exciting and stimulating as in Amsterdam … and I was not disappointed. I do not intend to describe all the lectures and sessions that I attended. This is just too much. I limit myself to the highlights.

First the keynotes. At the opening in Cap Sciences, Brian Harvey gave a short historical survey of the development from Logo to Scratch to Snap!. He emphasized the possibilities already of the early logo versions and named some deficits of Scratch compared with this. I hope the developers of Scratch 3.0 have heard that; their focus so far seems to be elsewhere, as shown in the Scratch 3.0 Preview. 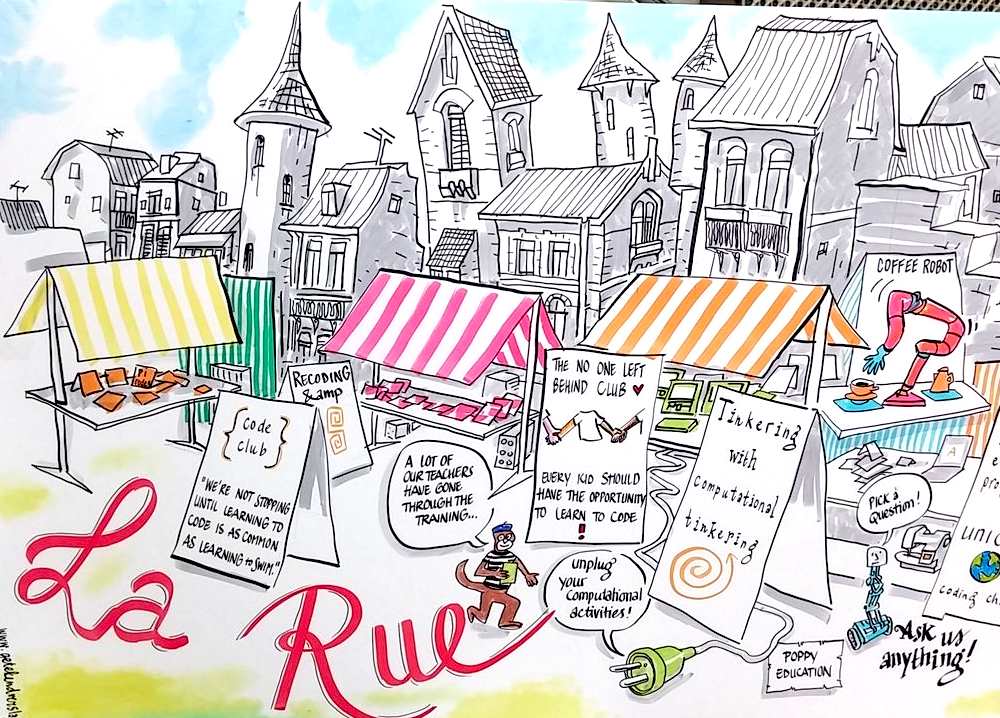 A highlight was certainly Zoe Philpotts tribute to Ada Lovelace, still surpassed by her performance the next evening in the Marché des Douves. A similar highlight for me was Sam Aarons keynote on Sonic Pi – Live Coding Education. His approach to learn programming creatively by composing music has reminded me vaguely of my own approach to digital art.

The Keynote von Mitch Resnick The Seeds that Seymour Sowed stands for me in close connection with the presentation Africa has something to share. This has impressively shown that Scratch is far more than a programming environment, but a community and an approach of learning that has an impact on the life of individuals and their learning environment.

Otherwise I must confess that for me it was less a Scratch-conferenz than a Snap!-conference, because almost all the sessions, which I attended, treated new possibilities of Snap!. This was for me absolutely no drawback, on the contrary, I use for my project exactly this Scratch-va 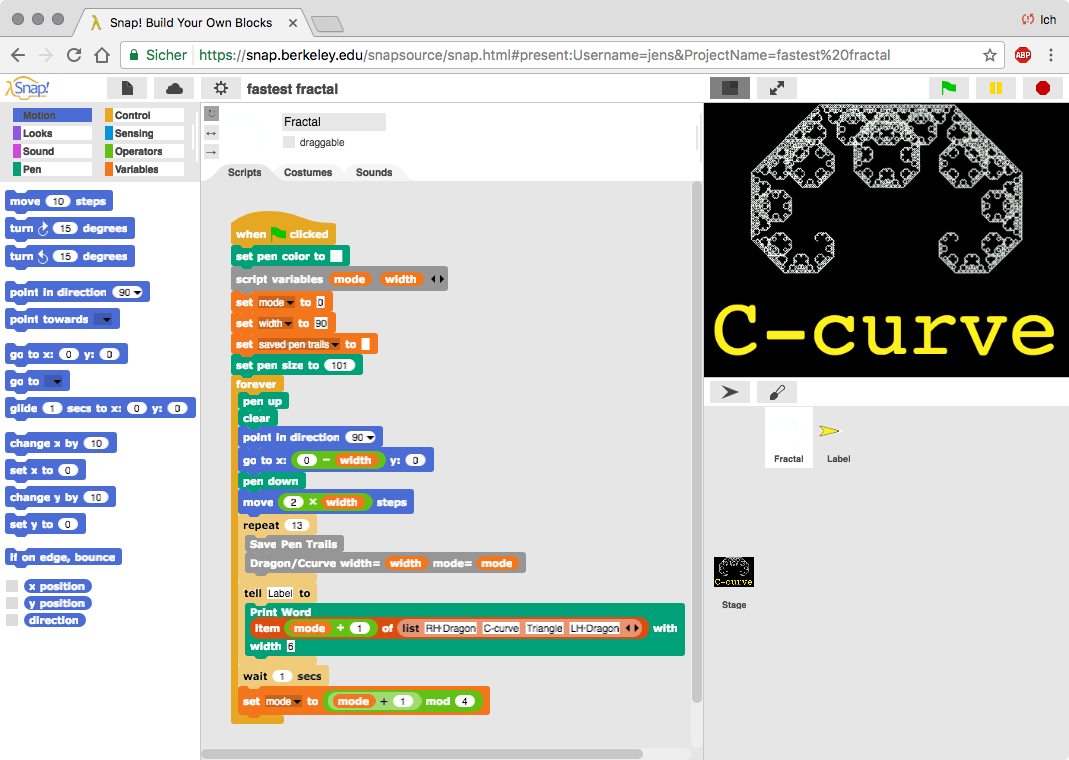 riant. Particularly inspiring I found the projects NetsBlox and Schleswig-Holstein by Yoshiki Ohshima, which both make it possible to work collaboratively and to create networked programs. If I have understood correctly, it becomes so not only possible that distributed applications can be created, but also to work together on graphical projects. Just as exciting I find the view that 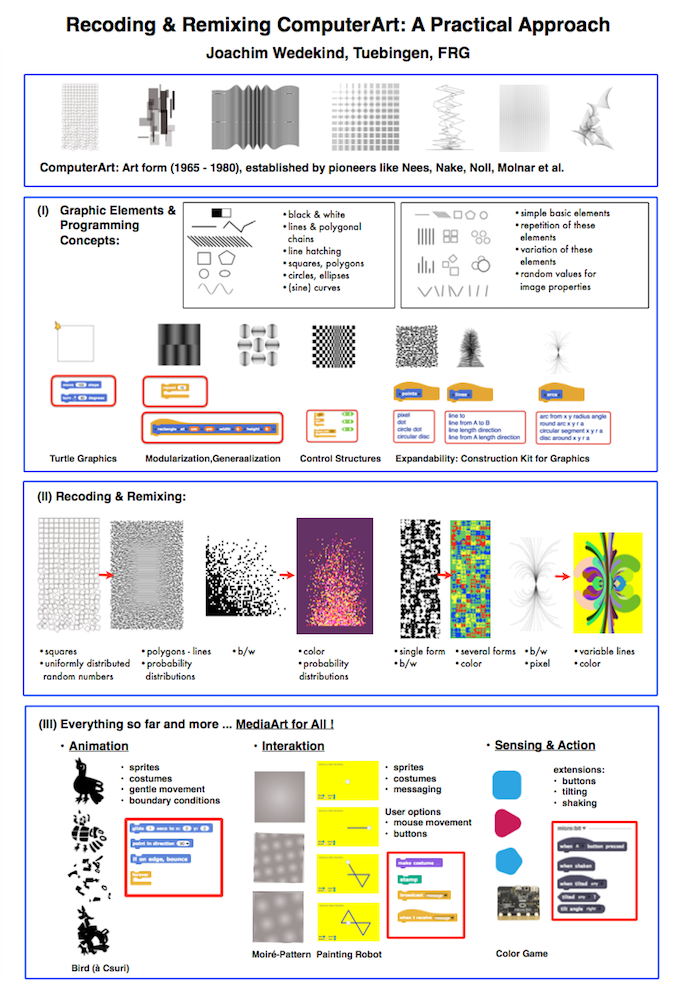 It still remains to say that my two contributions to Scratch2017 were very well received. Both at the poster session as well as after my lecture „Recoding and Remixing ComputerArt“ I received very encouraging feedback on my project. I now feel obliged to bring it to a good end 😉

PS: BTW, it may be typical for the discussion about IT at schools in Germany that so few participants from there were registered!?